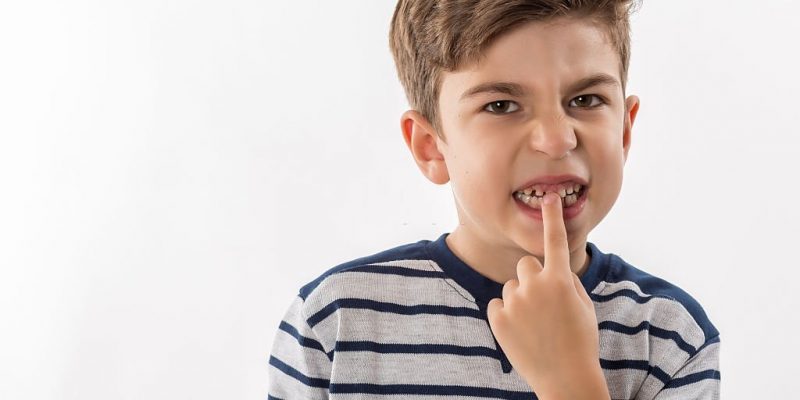 It seems only yesterday that your little champ was crawling and saying the first word. Your child is growing so fast that it may be hard to catch up with the developmental milestones. One such milestone is tooth eruption and tooth shedding, a sign your kid is soon getting permanent teeth.

Did you know that your kid’s teeth development starts during the first four months of pregnancy? This is why you need to focus on having a nutritious prenatal diet to ensure the healthy development of your kid’s bones, gums, teeth, and other body organs and functions.

In the following paragraphs, we attempted to give an overview of tooth eruption and mentioned what you could expect from a pediatric dentist at a Distinctive Dentistry clinic near you.

What is Tooth Eruption and Shedding in Kids?

Tooth eruption is a tooth development process in kids wherein the teeth start appearing in the mouth. Research shows that the periodontal ligament plays a primary role in tooth eruption. The developmental morphology of tooth eruption begins when the deciduous teeth become visible between 6 months and 3 years of age through the process known as “teething”.

The Time and Sequence of Your Child’s Primary Teeth

Tooth eruption starts when your kid is around 6 months, and it may continue until the age of 3 years. It follows a similar timeline for most kids – the first set of primary teeth fall off between the ages of 6 months and 1 year. Hence, you can expect your kid’s first 20 primary teeth in three years.

The upper and lower central teeth appear first, followed by the other ones sequentially in line with the arch (front to back). The first molars are an exception, which usually erupt before the canines. Watch out for the following correct sequence and timing of tooth eruption in your kid’s first 20 baby teeth –

Your child’s gums may hurt and swell. A cold, damp towel, clean finger, or spoon can relieve gum pain.

The Time and Sequence of Baby Tooth Shedding

Kids generally show the first signs of primary tooth shedding around the age of 6 years. The central incisors teeth are the first to shed off, followed by the lateral incisors about a year later. Next would be the first morals, then there would be the bottom canine teeth immediately after. Finally, the upper canines and the upper and lower second molars would shed off soon after, leaving your kid’s dental function to prepare for the full set of permanent adult teeth.

Functions of a Child’s Primary Teeth

Even though your kid’s first set of teeth are deciduous and are going to shed off in a few months or so, they play a huge role in –

Yes, you heard that right! Dental issues like gum diseases or missing teeth may lead to malnutrition due to the child’s inability to chew or swallow food properly. As a result, your child may prefer softer foods and go for meals with lower nutritional values, increasing the risks of malnourishment. This, in turn, would further deteriorate the kid’s oral health and hamper the development of healthy dental milestones.

Children typically lose their primary (baby) teeth (also their deciduous (adult) teeth) in a set of twenty. There is an even distribution of 10 teeth on the upper jaw and the remaining 10 on the bottom jaw. Each jaw comprises incisors for cutting, canines for tearing, and molars for chewing or grinding. That means a quarter of the jaw on either side would consist of 5 teeth, including 2 incisors (1 central and 1 lateral), 1 canine, and 2 molars.

Adults, on the other hand, have 32 permanent teeth, including the following –

Roles and Responsibilities of a Pediatric Dentist

According to the ADA (American Dental Association), you must get your pediatric dentist’s appointment within 6 months after your kid’s first tooth shows up. A child dentist would discuss prevention strategies and teach your kid about the importance and techniques of good oral habits.

Besides, a pediatric dentist Garland, can determine tooth eruption in your kid through the following two ways – a) by conducting dental x-rays, and b) through clinical examination. Your child’s dentist would also detect early signs of any oral diseases, tooth decay, or abnormal tooth eruption, thus preventing them well in time. 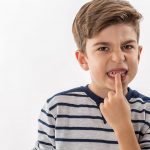 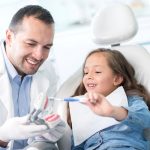 A Details Guide On When Is The Best Time To Brush Your Teeth? 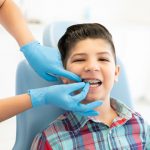 What Is Orthodontics & How Does It Work?

Welcome to our dental clinic our dedicated and compassionate team cares for families from Garland, TX, and the surrounding communities of Richardson, Plano, and Murphy.
1215 Thomasville Court Garland, TX. 75044
(972) 494-0004
info@ddctx.com